Last Saturday, as I walked into the Royal Cup Coffee Shop, I was greeted by Rajeev.Â  He said that a package had arrived for me, I asked him from whom, he said he didn’t know.Â  I couldn’t figure out why a package would come to our Seva Cafe location and not to our PO BOX Address but I was too distracted to tryÂ to piece the logic together.Â

I was setting up for our regular Seva Cafe location when Rajeev finally handed the package over to me.Â  It had already been opened.Â  I looked on the Priority Mail package and noticed that instead of putting their name and address, the sender had only left the word: “Smile!”.Â  I immediately recognized that this was something special in my hands and consequently a desire to share this gift with others arose.Â  I took the package over to the where five new volunteers were sitting and I showed them the package.Â  Ever since they arrived the new volunteers were asking me questions of what the Seva Cafe was.Â  Here, I thought, was an opportunity to show them in action.Â  Before I opened the package, I told them that these are the kinds of things that happen here.

We opened the Priority Mail package and inside we discovered a book, a note, and a self-addressed envelope.Â  I first proceeded to read the note out loud:

Sukh bhai,
I read this book from start to finish in one sitting.Â  I have never done this before.Â  I hope this book finds you well and has the same profound effect on you that it had on me.Â  I know this breaks the rules, but I would like you to read my secret before mailing it.Â  Thank you for helping me,
SMILE!

I contemplated the latter part of the letter for a moment.Â  Not quite understanding what rules were being broken and what this person’s secret was, I proceeded to look at the book for some clues.Â  The book was entitled: “The Secret Lives of Men and Women“.Â  It was a compilation of selected secrets submitted to www.postsecret.com.Â  Individuals anywhere could send in their secrets by depicting them on a postcard.Â  It allows them to share their common humanity with others, and relieves them of a burden that they may have been carrying for a long time.Â  I opened the book to a random page and the ‘realness’ of the human experience hit me immediately.Â  A postcard with a woman confessing that she is more afraid of aging than of dying, and another photograph of a priest withÂ “Some Days, it feels more like a noose!!” written on his clerical collar.

Then it hit me.Â  TheÂ self-addressed envelope contained the secret of this anonymous sender, and they actuallyÂ wanted me to read their secret before it made its way to postsecret.com.Â  I looked inside the envelope unsure of whatÂ secrets were awaiting me.Â  I pulledÂ out,Â with little surprise, a Smile Card.Â  One the smile card was hand written the anonymous senders secret: “I can’t give gifts or do community service without expecting something in return.”Â  … and at the bottom in bigÂ bold letters: “Not Anymore!“Â

In that moment, we all wondered if we do service without expectation.Â  Maybe that was a secret that all of us were harboring and was unleashed through the courage of this anonymous sender.Â  I also thought about all the secrets that I keep locked up in myself.Â  How the things that actually make me human are the things that I try so hard to hide from others.Â  I keep my own pain and anger locked away so that others won’t think poorly of me.Â  That’s my secret. 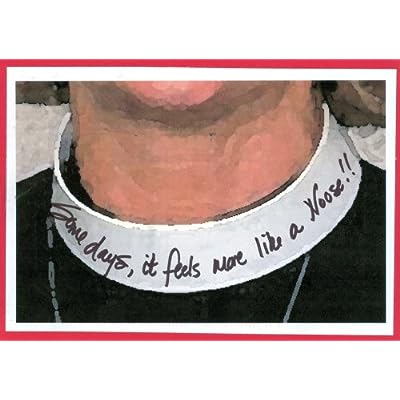 This site uses Akismet to reduce spam. Learn how your comment data is processed.

About Be the Cause

Be the Cause is a network of individuals who not only wish to make a difference in the world, but who also wish to change their own lives in the process. Realizing that change must first begin with ourselves, each project that Be the Cause coordinates meets a clearly defined need, but also gives participating volunteers an opportunity to be inspired and feel fulfilled.
Read more

Be the Cause is a network of individuals who wish to make a difference in the world.
Sign up for our newsletter.